I’m currently planning a publishing line of science books, written by scientists and other specialists, for science fiction writers and gamers. Planned so far are a book on fictional economies and another on the uses in fiction of genes and evolution.

2006. A roleplaying game about future and culture shock. More about Shock: as a game. 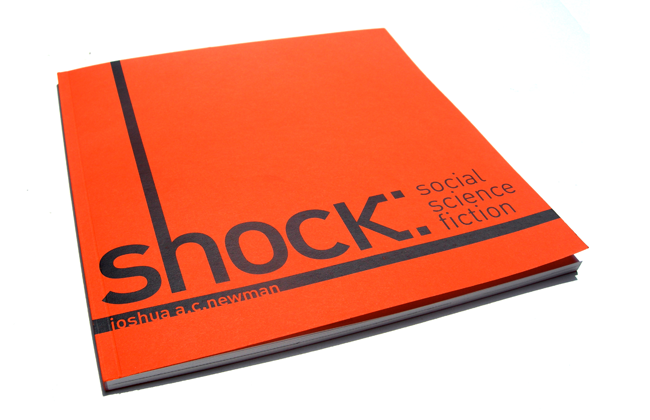 Shock:Social Science Fiction is my second published game. Like much of my work, it draws on Modern and Postmodern aesthetics. In this case, it uses the DIN font, designed for the Autobahn and rejected by the Nazis shortly thereafter. Layout is based on Golden proportions, which address both Reason’s ability to perceive patterns and the illusions that attractive patterns lay before our eyes. 2006.