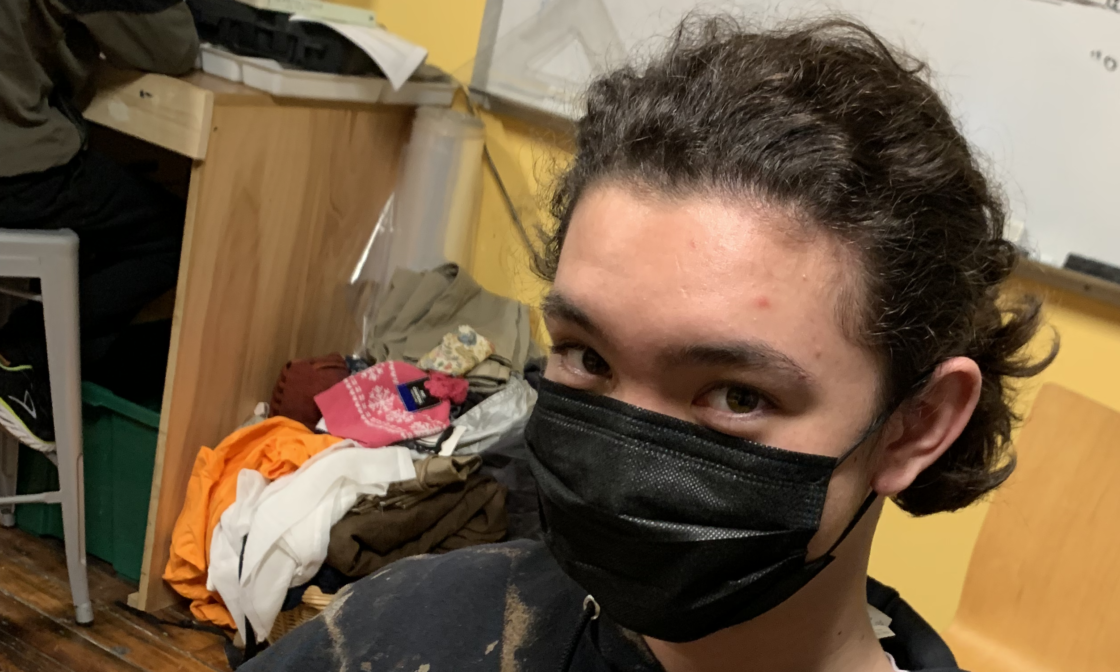 FIRST: I’m trying to get my Patreon back up to $900 a month. I am paid as well as the school can afford, but much of my teaching is funded by this blog. Support me as much as you can! Post about this project through your social media and on your Discords so I can keep teaching. What I do is important and I’m good at it.

The Makerspace is hitting its stride. The shine is off the new year, the weather’s getting crappier, and their brains don’t get any less hungry even if they’re slumped in a heap thumbing mindlessly through their phone in the hope that their brain will find the perfect potato chip to satisfy it.

One thing I’ve been wanting to do is introduce the kids to Gō as early as possible if they show interests in its principles.

There are a few rules in the Makerspace, actually.

Because, on this blog, I promise to never sugar coat things even when I’m having an absolutely amazing time with my students, I also want to note here that I’m having a hard time with a student who views all other humans with contempt, refuses to wear his mask right, and is quickly making himself a reputation in the school as a self-righteous boor, which of course is doing nothing for his sense of self value. What I find interesting is that he’s not incurious. He reads a ton, but seems to draw his opinions from regular YouTube bullshit. His communication is poor (you have to respect the other people in the conversation to communicate well) and that’s always the hardest problem to work on. How do you communicate with someone who refuses to communicate? And for whom conversations are something to be won?

I’m sure there will be more about him coming up. But I don’t want to give him more spotlight than other students just because he’s doing this Regular Teenage Boy Thing that I find simultaneous so familiar and so tedious.

So, go back up the Patreon!