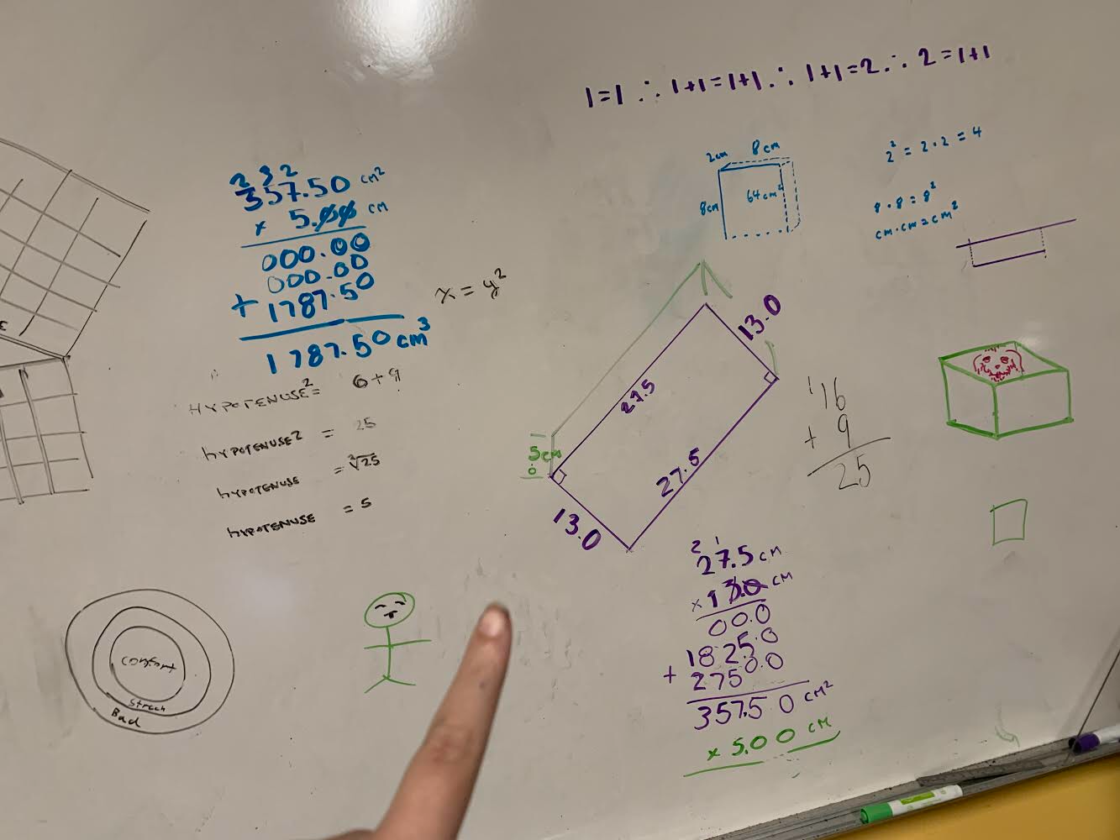 This month, one of my students decided to leave LightHouse and return to the Holyoke Public School System. I don’t think it was ready, but the growth she showed in making that decision was extraordinary.

She’s a kid with a lot of anxiety. She puts down her own body when the anxiety gets powerful and has a very hard time with quiet. It’s made it hard for her to recognize her own talents and to see that she’s actually learning what she’s learning.

But when she decided to leave, it represented a real shift. Suddenly, her experience was bounded. She could define a major part of her own experience. Having come to class in September unable to engage with mathematical concepts at all (though having been more competent in arithmetic than she was able to admit), she walked in last week, talked with us about leaving school, and, then, for an hour, did three-dimensional geometry.

She needed some help, but most of the help was to reassure her that what she was doing was, in fact, correct.

She calculated area, then volume. She used and solved for variables. She was pretty proud of herself. The photo at the top is the picture she took of her own finger, pointing at the board with pride, at having done it.

I’m sad to see her go. We talked about how she can teach herself, how she can seek her internal compass for guidance. I wish she’d stayed longer in my class. I wish she’d been able to continue accessing that calm curiosity that stemmed from making a decision and rolling with the consequences.

But the experience she got from making that decision, and then finding the relief in that that then suddenly gave her access to her intellectual capabilities is worth it.

And then, another student who hadn’t been in class since the first week showed up, wanting to learn math. She says she doesn’t know any. Then we did some, doing many of the same exercises.