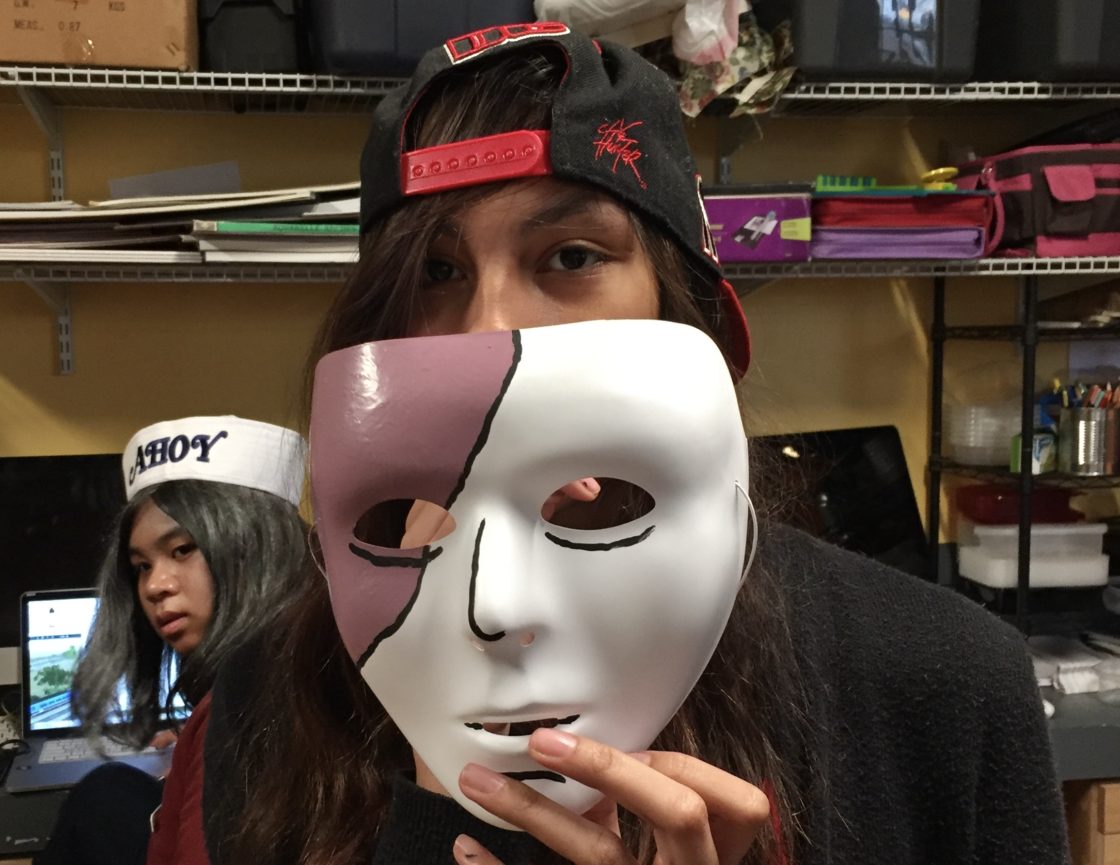 This month has been a month of dynamic changes. Making Math from Scratch has gained a student, another can’t come back until he makes some changes. Others are waking up to their creative potential.

Alex, the subject of several previous posts, has been asked to leave school pending therapy that leads to a shift that will allow him to recognize the effect it has on other people. I wish I could say I’m disappointed, but despite my warnings and efforts, he wasn’t able to grow his compassion past his cruelty. And his mom is exhausted. I don’t know his stepdad well, but my understanding is that his perspective is one of rigidity and will — and I have no reason to believe that those will help Alex grow into a more complete person, a more compassionate, wise, and courageous person.

This blog isn’t an ad. It’s not a piece of the pathological American optimism that says we can do anything if we put our minds to it and refuse to believe that anything is not here for us to take. Humans are complex and our solutions are necessarily also complex as they adapt to the realities of our weirdnesses.

I’m really sad about it. We worked hard and we failed. But we failed because we did our best, not because we gave up. And no story ever truly ends.

And I hate to say it, but the character of the Makerspace has changed for the better. The population has shifted. Intentionally or otherwise, I suspect that that room, with its tools and materials and policies of communication that emphasize compassion had somehow become Alex’s territory. When I was there, he was there, and when I wasn’t at school (I teach two days a week), he wasn’t there (he’s only at our school two days a week). His volume dominated the space, and I think it kept out some other members of the community.

But this month has also been full of successes.

The first success, however painful, is with a student, Devon, who I started suspected months ago was being abused by family. Finally, a few weeks ago, the director recognized that the evidence exceeded the minimum standards for reporting, and reported it. The results were instantaneous and gave both Devon and us great relief. The kid started immediately engaging with curiosity and humor. We’re very cautious about using state authority in the contexts of the families in the school because we don’t want to engage racist systems against already-stressed families. But in this case, not only was it something we were required to do, but it was also the right thing for the student. That was only last week, and I’m curious to see what long-term effects it will have. I also hope that the family is able to keep their fucking hands off their kid.

Ellie has never been my student before and has always been quiet and reserved, somehow feeling like an outsider despite all outward appearance of other kids liking her. But a couple of weeks ago, she started a project of drawing flattering caricatures of other students and it’s proving a quick way to enthusiastic approval. It’s spawned an entire project with Felix, and the two are working on a comic together. Felix has done many art projects before, but treats her own creative output with contempt that we’re working hard to overcome. I’ve seen that contempt falter a few times recently. I hope it fails completely this year.

Gavin is a student who’s been in and out of the Makerspace. He has no small talent, but is reluctant to commit to creative endeavors as soon as he starts accomplishing his objectives. He’s made beautiful glass artwork and loves working in wood. He started readily absorbing the thought processes of Carcassonne in a game with Devon, Hector, and me with sparkling eyes, and, after spontaneously deciding to make a boomerang, succeeded. This last week, noticing the change in tenor, he asked me to teach him how to draw.

Between Ellie and Felix’s project, their models, and Gavin’s rapidly developing skills, the Makerspace is quickly turning into a drawing studio.

It could be worse.