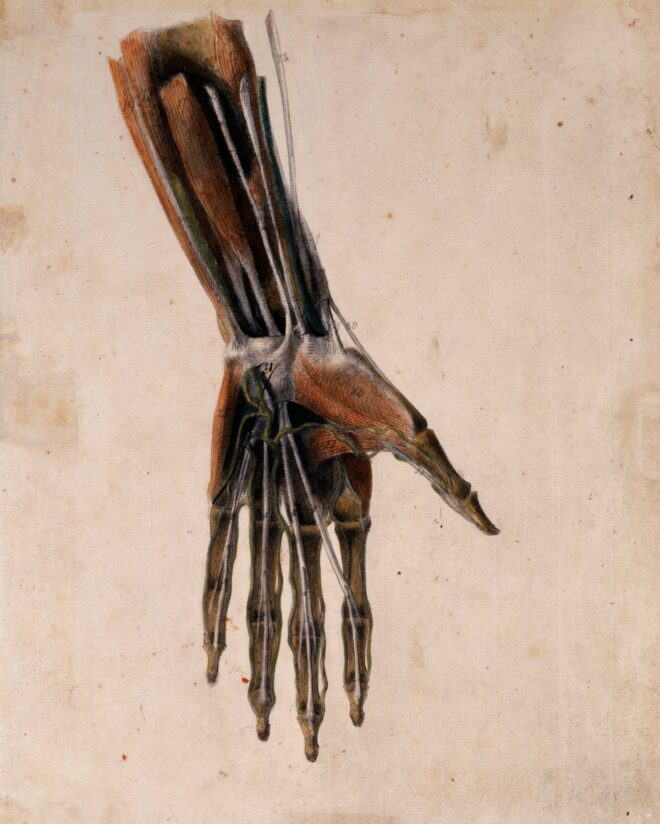 Your Hands are Smart

There is a principle in the field of Artificial Intelligence called “Embodied Intelligence”. The principle hypothesizes that intelligence comes not from abstract rules or even proactive algorithms, but by a synthesis of all systems of a body in a feedback loop, perceiving its own effective actions in a complex world and necessarily acting on those perceptions based on the particulars of the unique situation the robot is in.

School in the last couple of centuries has been conceptually built on approaching the landowning ideal: never having to touch something with your hands. To do work with your hands, says the apparent corollary, is to concede that one lacks the capacity to work entirely in the elevated realm of the mind. Plato taught that there existed ideals, approachable only by thinking, and that actual implementations were compromised by the imperfections of the physical world. Down here in the real world, he thought, we were bogged down by corruption. Better, he asserted, to let the slaves touch the world for you.

This core assertion — which is wrong, by the way — formed the philosophical basis for Christian European culture. From there, it entered the Protestant Reformation and Lutheranism, and from there it entered Capitalism and Horace Mann’s educational principles upon which we’ve based the majority of our education ever since.

I see vanishingly little evidence for any sort of body-mind duality, and while we must simplify real things to fit in our weird, limited brains, I find that relying solely on particular function of the preforontal cortex for intelligence to be like relying on only the heart for oxygenating the body.

Instead, consider the feedback system: our eyes are direct extensions of our central nervous system. Our gut makes decisions before our consciousness has had time to make up a reason that it was a good decision. And our hands learn in ways that we literally can’t imagine.

When I learn to tie a knot (a lifelong challenge), any eventual conception I have of the knot comes from tying the knot. Sure, I have to think about what I need the knot to do before I tie it, but it’s the tying process, itself, that IS the thinking. That IS the learning.

Thinking about the knot is not.

Tying the knot with my hands is the learning.

Conceptualization of the knot is not learning.

Using my hands to tie the knot is the learning.

I’ve had students wracked with anxiety about materials and risks of using tools. For them, the risk equation changes dramatically once their hands are on the tool, making it to what it does and failing. They’ll snap screws by skipping a pilot hole, burn their hands on a soldering iron, cut their fingertip with an X-Acto, and then suddenly, they are on their way. They see the shape of the problem in the doing and the band-aid reminds them of the edges not to push.

And it’s not just risk assessment. To learn about aerodynamics, about forces, they build gliders and boomerangs. Only once they’re building and throwing the thing, will they start to learn dynamic versus static air pressure, or how all change releases heat.

There are formulae we can look up later when the formulae answer a question that has arisen naturally. And they know which ones to look up because I’ve shown the students the abstract tools they didn’t know they were using as soon as they touch on it as an idea. But I don’t expect them to understand or even remember those abstractions. I want them to know that they can look them up later, to put some texture on the idea that they’ll be able run their mind’s thumb over later, but I’m adamant that they try it first.

Your hands are smart. They get smarter as they learn things because they learn new ways to perceive. I don’t mean this abstractly — I mean telling what elements a metal is by touch; what part of which fingers are strong and which are precise. Knowing when something is about to be too hot. Recognizing a plastic with a fingernail and feeling where and object balances.